I had the privilege of being able to interview the Honorable Judge, Michael Davis. Before interviewing him, I already knew what I would call this article. I chose to name it, “A Godly Judge” because even though he keeps his religion separate from his job, his inward devotion to God is outwardly displayed in his work.

Judge Davis serves as Morgan County’s General Sessions Judge. He has lived in Morgan County his whole life, outside of attending Berea College and the three years that he attended law school at the University of Memphis. After completing law school, he started work at Wilson & Brooks P.C. He also worked at the Tennessee Valley Authority (TVA) for two years as an investigator for employee discrimination complaints. He was also employed by the Liquidating Trustee for the Southern Industrial Banking Corporation (SIBC) for three years. In high school, he worked as a janitor at the courthouse, but in a full-circle moment, he became a judge on September 1, 1998.

Judge Davis just celebrated his 37th wedding anniversary with his wife, Tammy. He has two sons, ages 33 and 28, and a two-year-old grandson. He said that he was blessed with a supportive wife. She is his harshest critic and strongest support. His goal was to have a good career so that his family could be financially stable. He had those same desires for his children and supported them in their journeys as well. He lives in Sunbright where he has resided since returning from law school in 1986. He has also been active in his church at the Pilot Mountain Missionary Baptist Church since his return and has been the Sunday School Superintendent for the past 30 years. His hobbies include gardening, reading, hiking, watching sports, and going to plays with his wife. When asked about his childhood, he said that he grew up not having much, but had love and support. He was the first baby born in 1961 at Harriman Hospital on January 1st. He grew up in the Frankfort community and his father was a preacher who worked at the prison and sawmill.

Judge Davis has now been a judge for almost 23 years. When asked why he chose this field, he said that he has always been drawn to the legal system and wanted to help people. He has done work in the Knoxville area and was even interviewed at one time for the FBI, but turned it down because he wanted to work in his hometown.

He attended a recovery court training in Scott County and discovered that a recovery court would help with recidivism. Morgan County was the first in the district to start a recovery court in January of 2007 and was one of the first few in East Tennessee. He plans on serving at least one more term and would like to do charitable work after he retires. When asked about working during the COVID-19 pandemic, he said it has been the most stressful time in his career trying to organize, implement and follow COVID guidelines at work.

Judge Davis applies the law to the facts and understands how a decision will affect the people appearing before him. He remains calm and courteous while listening to and considering what is said by all parties. He is motivated to improve his knowledge and is open to new ideas. There is no doubt about his personal and professional ethics. He has the courage to do what is needed even though it may not be the popular choice. He works not just in the courtroom, but also in the community that he serves, where he holds a positive reputation. This is what makes him, “A Godly Judge” and I am honored to work alongside him to make a positive change for Morgan County for years to come!

“Therefore give to Your servant an understanding heart to judge Your people, that I may discern between good and evil. For who is able to judge this great people of Yours?” – 1 Kings 3:9 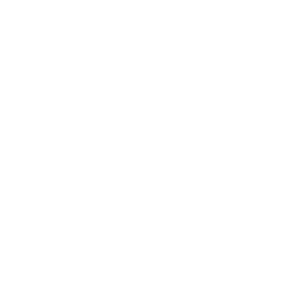